New Orleans’ favorite BBQ restaurant may be newer to the city than some, but it’s time-honored recipes were honed through decades of dedication to the culinary craft of BBQing. Central City BBQ became a reality as a result of decades of friendship between Aaron Burgau, award-winning Chef and owner of Restaurant Patois, and his Jesuit classmate Marc Bonifacic, a third-generation restaurant owner whose grandfather operated family-owned BBQ shop and passed their passion for and expertise in the art of BBQ’ing on to him.

Aaron and Marc have talked about the idea of developing and opening a restaurant together since the late 90’s, and 20 years later, the perfect location on 1201 Rampart St. finally opened up, giving them the ability to make their long-time dream a reality. They opened the doors of Central City BBQ in 2016 with the intention of serving up unmatched BBQ cuisine in a fun, funky setting that would also serve as one of the coolest, largest outdoor venues for concerts and events the city had to offer. Since it’s induction, Central City BBQ continues to accomplish all of these goals and more, welcoming three-time Hogs For The Cause Grand Champion and Top Three Ribs World Champion James Cruse Jr. to lead the team as its illustrious Pitmaster.

Stop by Central City BBQ today to experience how a passion for pork that just won’t quit culminates in the best damn smoked BBQ you’ve ever tasted, bar none. 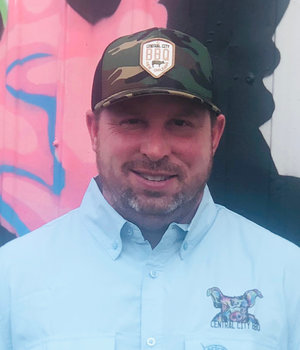 BBQ is in Marc Bonifacic’s blood. Marc’s grandfather owned a 24-hour grocery/BBQ shop in Chicago called “Bonifacic’s BBQ,” and his specialty was smoked ribs that melted off the bone. His grandfather taught his dad everything he knew, and his dad passed along that knowledge and passion to Marc.

Marc grew up in New Orleans and graduated from Jesuit, going on to attend Auburn University and earn his MBA from Tulane, a degree that he put into action by going into a career of finance. However, his passion for great BBQ never left him. That continuous love culminated in him developing and opening his dream project, Central City BBQ, in 2016. Now, he is able to have the best of both worlds and satisfy both his entrepreneurial spirit and his love for amazing BBQ. 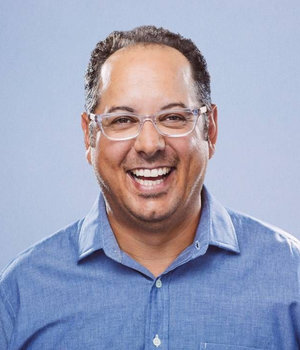 Born in New Orleans, Aaron began his culinary career working with some of the city’s most honored chefs, including James Beard Award-winning Susan Spicer (Bayona and Mondo), and local legend Gerard Maras (Gerard’s Downtown). In 2006, he became the Executive Chef at Bank Cafe, and that same year was named one of the Top Five “Chefs to Watch” by Louisiana Cookin’ Magazine. In 2007, he partnered with longtime friend and entrepreneur Leon Touzet, to open Patois. Since then, Chef Aaron’s food has been recognized annually by The Times-Picayune and been featured in Garden & Gun magazine, among other national, regional, and local publications.

Chef Aaron has proven himself to be a master of a diverse range of cuisines, and he was thrilled for the opportunity to immerse himself in the South’s favorite comfort food delicacy by taking on Central City BBQ as a partner. Aaron plays an integral role in refining and elevating the menu offerings at Central City, and the restaurant is proud to have the award-winning Chef Aaron on board.